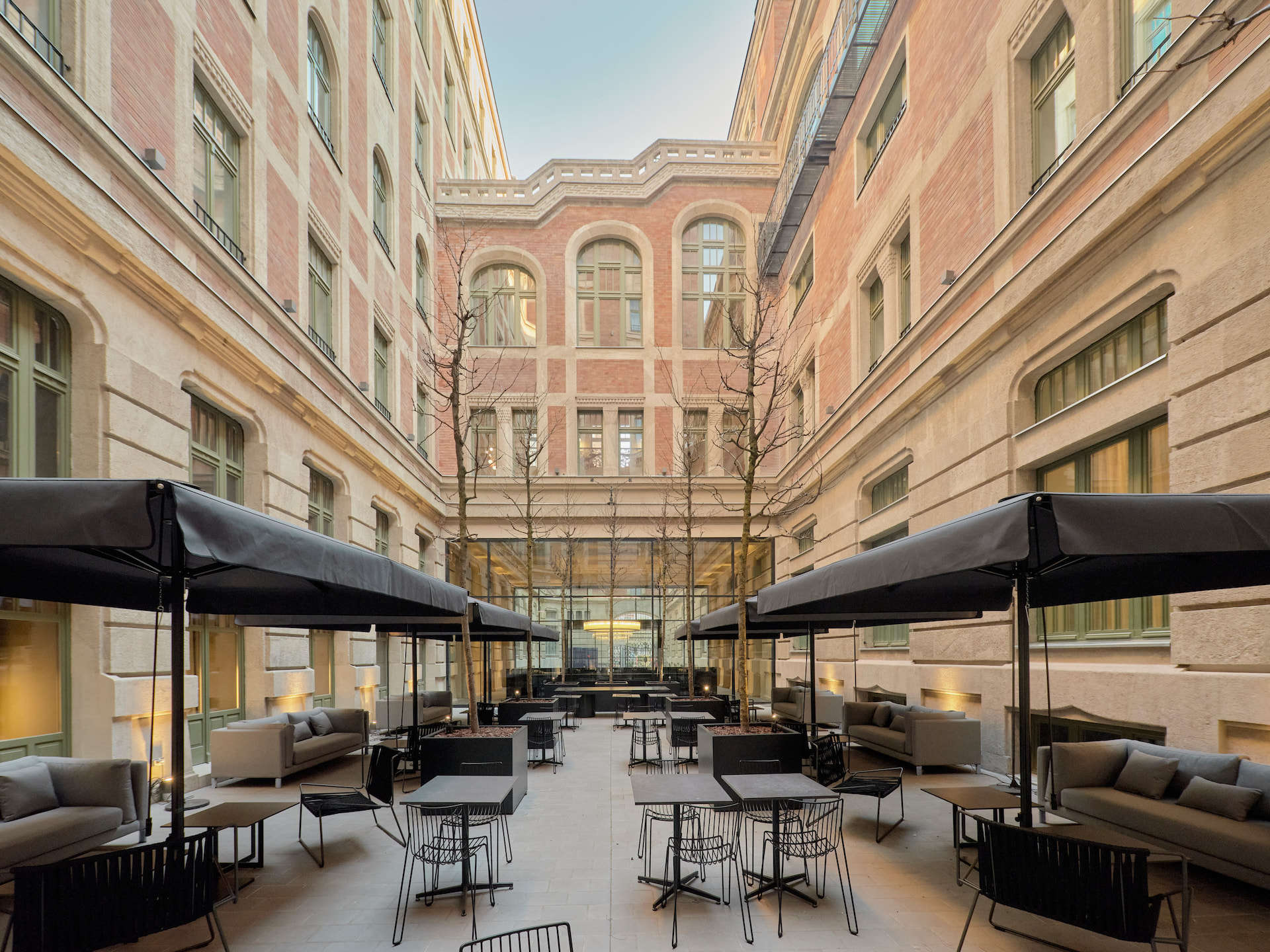 The building that Kozmo Hotel Suites & Spa occupies today is a historical landmark known for being home to the largest telecommunications centre in Eastern and Central Europe at the beginning of the 20th century.

A monumental bourgeois building that has kept its original elements – it is a protected property – coexisting with meticulous interior design that highlights the features of the age, such as the reddish material of its facade, its infinite palatial ceilings and the imposing staircase that presides over the lobby.

A spire-shaped tower makes it the tallest building in the vicinity, offering 360° views of Budapest, with views of Buda Castle and the Citadel from the small viewpoint on its lowest floor.

Art is on display throughout its rooms and common areas, by Carlos Cánovas – in the selection of photographs, and Lluis Lléo – in the application of the “al fresco” painting technique.

Open chat
1
Need Help?
Hello,
Can I help you?
We use cookies to ensure that we give the best user experience on our website. If you continue to use this site we will assume that you agree.OkLeer más